On Thursday 21 April, SMBA presents a screening program of artists’ films from Chile, curated by Madelon van Schie and Soledad García Saavedra. The event takes place as part of the Play SMBA program, and results from the many studies conducted in the framework of SMBA’s Global Collaborations project and its related interest in region-specific approaches to the rich collection of the Stedelijk, which yields many surprises. 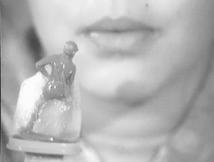 Video art became a current medium in Chile in the 1980s, coinciding with the military dictatorship (1973-1990). Strategies of covert occupations and the aesthetics of camouflage resisted the oppression of censorship, of silence and forgetfulness, in ephemeral actions and events. In Chile, the moving image was used to unmask social and political realities, thus becoming a form of activism as it communicated expressions that were forbidden during the dictatorship. While more subtle expressions came into play during the transition to democracy in the 1990s, video art nevertheless continued to reveal and denounce social-political matters.

This program explores how artists in Chile resist forgetfulness by invoking and representing past and present conflicts, mainly by giving prominence to the body and the urban space in Santiago de Chile.

Play SMBA 2: Antidotes to Oblivion. Artistic practices in the moving image in Chile departs from the videos Ay de los vencidos! (1985) by Lotty Rosenfeld (1943) and Popsicles (1984) by Gloria Camiruaga (1941-2006). Both video artworks were acquired by the Stedelijk Museum in the eighties, but have remained underexposed ever since. Via a trajectory that encompasses videos by the artistic collective C.A.D.A (1979) and Eugenio Dittborn (1943), also produced during the military repression, and works created in the post-dictatorship era by Guillermo Cifuentes (1968-2007), Claudia del Fierro (1974) and Enrique Ramírez (1979), a number of recurring motifs are revealed, each intended to combat a state of oblivion.

Soledad García Saavedra (1980) is an art historian (Universidad de Chile) and curator (MFA in Curating, Goldsmiths College). Since 2010, she is curator-coordinator of the Visual Arts Centre of documentation of the Cultural Centre Palacio La Moneda in Santiago de Chile. She is editor of books Magic Block, Errant Bodies Press, 2015; Essays on Visual Arts. Practices and discourses in the 70s and 80s in Chile, Vol. I –IV, LOM, 2011-2015 (only in Spanish); Adam’s apple of Paz Errázuriz, FAMA, 2014.

Madelon van Schie (1982) is an art historian. Currently she is working on a project with artists Rita Ponce de León and Joëlle Gruenberg and preparing an exhibition with artist Oscar Pabón in Museo de Arte Contemporáneo, Santiago de Chile. She holds a master in art history (Leiden University, Universidad del Salvador in Buenos Aires and VU University) and a research masters degree in Latin American studies (University of Amsterdam).

The program is the result of a collaboration between the Stedelijk Museum and the Visual Arts Centre of Documentation in Santiago de Chile.