After exhibiting at Bureau Amsterdam in June, Chris Evans presents the second part of his artwork ‘Militant Bourgeois’ with the opening of the Existentialist Retreat on a patch of land in the middle of a dual-carriageway road, on the edge of Amsterdam. This retreat offers artists a place to stay and make work. 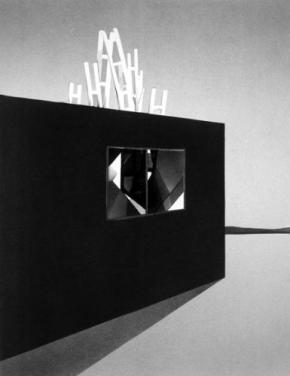 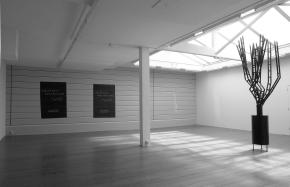 ’Militant Bourgeois’ explores the tension between patronage and contemporary art production. The old practice of wealthy patrons commissioning artists to create specific works with specific themes was supplanted in the 19th century by the situation of the artist working autonomously. These days, state subsidies often provide financial resources for artists, and this is especially prevalent in the Netherlands. However, this overtly generous support by the state has come under international criticism of late and, according to some, leads to an insular self-reliant art scene, laziness and mediocre work.

The Existentialist Retreat is a social experiment devised to determine, or at least to speculate on, the extent to which the emergence of great art is dependent on patronage. The retreat itself is a Portacabin, converted according to Evans’ specifications, and provides only the bare essentials: a desk and chair; a single bed; a one-ring gas cooker and a wood-burning stove. A large wood-burning stove is the focal element in the retreat. The sculptural form of the stove, with 11 chimneys pushing through the roof of the cabin, is based on a conversation between Evans and Jan Six, whose 17th century forbear was one of Rembrandt's most significant patrons.

The retreat will be located in the middle of a dual-carriageway, in close proximity to the ring road in the Westpoort industrial area of Amsterdam. The choice of location was inspired by the neo-existentialist novel 'Concrete Island' by JG Ballard; an allegory of alienation in which the protagonist finds himself marooned on a scrap of land encircled by highways.

Artists can apply to stay and make work in the retreat. It is still possible to apply after the opening on September 28. Deprived of everyday comforts, afforded by generous Dutch Art Stipends, artists are asked to confront the truth of the human condition and their own commitment to their vocation.