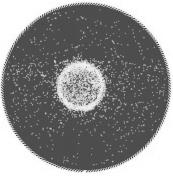 On Thursday, March 8th the fifth event in the lecture series Facing Forward: Art & Theory from a Future Perspective will take place, on the theme of FUTURE MUSEUM. The speakers of this evening are art historian Hans Belting (DE), who will be interviewed by the moderator, and curator Iwona Blazwick (UK). Following the two presentations, there will be a debate with experts and the public, moderated by Rein Wolfs (DE), Director of Kunsthalle Fridericianum in Kassel. Natasha Ginwala (IN/NL), Amsterdam-based curator and critic, will provide an introduction statement.


The position, function, scope, and character of the modern and contemporary art museum was defined in a drastically new way by the critical practices of conceptual artists in the 1960s and 1970s. The institutional criticisms which emerged in the 1980s also raised questions which made the future of the museum as an institution increasingly uncertain. Where will art belong in the future? Will it still have a place in the museum? And where will the museum belong, considering the public and context? Or is the utopian art institute a museum that is truly global and public, so that we can no longer talk in terms of a sense of “belonging”?

The future is not always rosy. In the Netherlands and other parts of Europe, museums and contemporary art institutes are currently facing drastic spending cuts which will force them – in the most ideal case, if they do not disappear altogether – to think of new institutional strategies and methods. If the museum of the future will soon be organized completely differently, if the four walls of the “white cube” are broken down and museums begin to function extra muros, what will the new theory of the art institute look like? What institutional, futuristic concepts do we need to deal with these sorts of changes?

Hans Belting has taught as Professor for Art History at the universities of Heidelberg and Munich, where he held the most prominent chair in the field. In 1992, he became co-founder of the School for New Media (Hochschule für Gestaltung) in Karlsruhe, where he built up the discipline of Art Theory and Media Studies. In 2003, he held the European Chair at the College de France in Paris, where he presented a series of public lectures on the history of looking. He received an honorary degree from London University. Among his books in English translation are: The End of the History of Art? (1987); The Image and its Public in the Middle Ages (New York, 1990); Likeness and Presence. A History of the Image Before the Era of Art (Chicago, 1994); The Germans and their Art. A Difficult Heritage (New Haven, 2000); The Invisible Masterpiece (London, 2001); Art History after Modernism (London, 2003); Duchamp’s Perspective: Duchamp. Sugimoto. Jeff Wall (Cologne, 2009) and Bodies and Pictures. Toward an Anthropology of Images (forthcoming).

Iwona Blazwick is director of the Whitechapel Gallery in London, leading its expansion and reopening in 2009. As head of exhibitions and displays at Tate Modern, London, director of exhibitions at London’s ICA, and an independent curator in Europe and Japan, she has organized and commissioned numerous exhibitions of modern and contemporary art. She also developed the Contemporary Artists Monographs and Themes and Movements series at Phaidon Press and is the series editor of the Documents of Contemporary Art series published by Whitechapel/MIT Press.

This evening is made possible with the support of the Goethe Institute Amsterdam.

About Facing Forward: Art & Theory from a Future Perspective

The complete program is as follows:

Speakers: Rem Koolhaas (among others)

Speakers: To be announced

Language: All lecture evenings will be held in English.